How to Become a Power Trader

Since power trading is a highly specialized and still relatively unknown field, becoming a power trader isn’t always a straightforward path. Many traders enter the industry from a variety of traditional and non-traditional ways. We spoke with former power traders and current Yes Energy Solution Experts Jake Landis and Isaac Lichlyter to learn how they entered the industry and glean their insights.

Power trading refers to the purchasing and selling of power between participants–either directly through bilateral agreements, through a centralized exchange such as the Intercontinental Exchange (ICE), or through independent markets known as independent system operators (ISOs) or regional transmission organizations (RTOs).

Power traders address volatility in power prices, transmission networks and evolving regulatory requirements in an industry where power cannot yet be stored in large quantities. As such, power trading is a nuanced, complex and constantly-evolving industry.

At Yes Energy, we’re committed to providing the most comprehensive, high-quality energy data and analytics tools to serve these types of organizations. Training and hiring energy experts is part of that commitment.

Breaking into a Niche Industry: Then and Now

Because power trading remains a relatively unknown field in the larger community, many folks encounter the industry through contacts or by finding an opening in the field. As both Landis and Lichlyter note, power trading isn’t a career path offered in college.

After graduating with a business degree in 2007, Jake Landis chanced upon a job posting for a real-time trading desk. Although he wasn’t familiar with the industry, a family member who worked in gas trading encouraged him to apply. Landis’ industry education took place on the job.

These days, folks can enter the industry through data science. Many enter as analysts, according to Landis. For him, the path was more hands-on. He progressed from the real-time trading desk into asset management (real-time and day-ahead trading). From there, he moved into financial trading.

Since power trading is such a nuanced field, there’s not a single, clear path to becoming a trader. When Isaac Lichlyter graduated with an international studies degree in 2013, he faced a challenging economy. During his job search, a friend connected him to a person starting up a power trading company. Lichlyter’s power market education began during his interview, when he learned what the power market was, how it functioned and what role power traders play in the larger energy matrix. 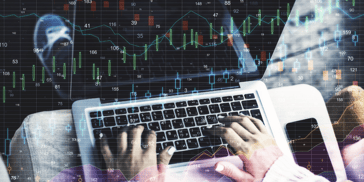 Lichlyter found the problem solving and critical thinking aspects of the industry appealing. A naturally curious person, Lichlyter found that using the skills he learned analyzing current and geopolitical events were quite helpful in keeping up with evolving trends in power markets. The constantly-evolving nature of the power grid also appealed to him. “You’re always learning in this industry,” he said. “You won’t get bored.”

These days, Landis and Lichlyter both see data science skills as a core competency for those seeking to enter the industry. Microeconomics also serves as a good foundation. After all, says Lichlyter, at the end of the day, power trading involves matching supply and demand, so the more skills you’re able to amass to that end, the better.

Lichlyter also finds the analytical and critical thinking focus he gleaned in the liberal arts to be a strong factor in setting traders up for success. Like Lichlyter, Landis has also worked with folks from a wide variety of backgrounds on the trading floor, including English majors as well as data science, physics, math and engineering majors.

Traders with varied backgrounds tend to compliment the data science aspect of trading with their ability to place that data into a larger context. Learning enough to interact with the numbers is important, said Lichlyter, but so is being able to add nuances that inform context. That’s where those analytical and critical thinking skills come in.

When Lichlyter was hiring future power traders, critical thinking skills were at the top of his list. Because the power trading industry changes so quickly, creativity in problem solving is important. So is comfort with ambiguity. Are you able to make decisions with incomplete and constantly-evolving information?

The ability to reconsider your assumptions and remain open to feedback is also a must. According to Landis, multi-attribute decision-making is another key skill in the industry. And that’s often something you’re learning as you go.

“When people come to me seeking advice,” Landis said, “they ask if there’s a book you can read. But there really isn’t. A lot of it is on-the-job training.” And there’s a big learning curve in understanding how the electric grid works. “Those who do well are highly motivated,” he said. “Every day, every hour, you’re still learning.” 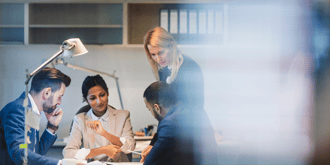 Other helpful traits include a competitive drive, effective teamwork and the ability to work well under pressure. When Lichlyter was hiring, he found himself reviewing resumes from college athletes. Part of what made them such strong candidates, he said, was their competitive drive as well as their innate knowledge of effective teamwork. Plus, they had good mechanisms for dealing with high pressure, skills which transferred well into the world of power trading.

Lichlyter also recommends foreign language skills as a strong foundation for the data industry. “Learning foreign languages signifies both an aptitude and interest for learning new things,” he noted. Plus, the programming knowledge required for data analysis is a new language in itself, which makes the experience of learning a foreign language quite valuable.

At Yes Energy, our team is composed of professionals who have grown their careers in the energy markets information space. We take our commitment to developing the next generation of industry leaders seriously, from our successful internship program to our strong dedication to ongoing education and advancement opportunities.

Although Landis and Lichlyter have moved on from power trading, both remain in the energy industry as Solutions Experts for Yes Energy. According to Landis, most people who get into power trading stay in the industry in some way. “You can make a career out of the industry, whether it’s in trading or any other avenue attached to that.”

As the energy industry continues to grow and change, the path to becoming a power trader is becoming more visible. Lichlyter notes that there’s a lot more information available now than there was when he entered the industry. For example, PJM, a RTO on the East Coast, offers an online learning center that includes a 15-part training course on energy fundamentals. Yes Energy’s Power Markets 101 Series is another popular resource for those seeking information.

According to Landis, “The next 10 years will be the biggest change the industry has ever seen.” As we move toward decarbonization of the grid, renewables will change where we’re getting our power and how it moves around. “In my view,” he said, “there will be different mechanisms in the market as well.” And as those of us who work in the energy industry know, with change comes opportunity. 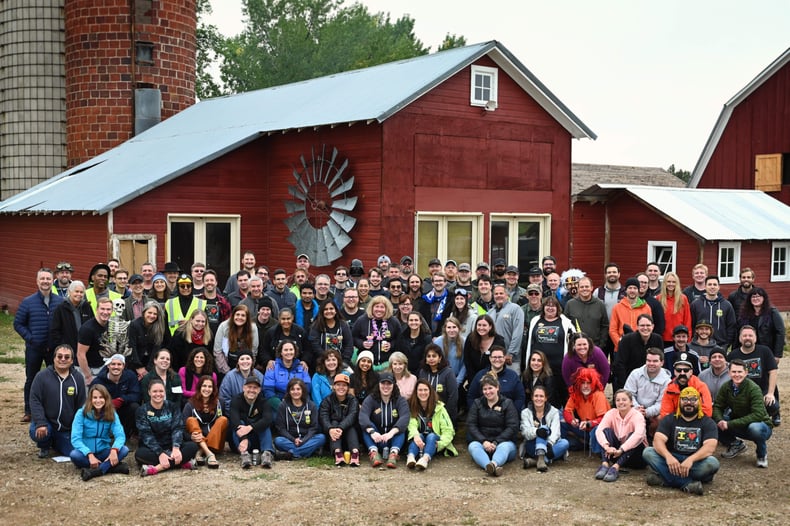