If you haven’t read the previous blog posts in this series, catch up here! In this blog post, we’ll cover what Independent System Operators and Regional Transmission Organizations are, and go over their history.

As a wave of deregulation spread throughout the country in the late 1970s, people began to contemplate whether deregulated power markets could increase competition for generation owners, and decrease the price of electricity for consumers.

Typically, the vertically integrated utilities who owned generation and transmission facilities were the only ones with access to transmission lines.  In an effort to introduce more competition, the Federal Energy Reserve Commission (FERC) orders 888 and 889 required transmission services to be available to all generation owners.  Independent System Operators (ISOs) were created in some areas of the country as a way to comply with these orders.

In vertically integrated markets, utilities controlled and maintained transmission.  In deregulated markets, Independent System Operators were formed to perform this function.  ISOs are independent, not for profit organizations, with the responsibility of coordinating generation and transmission.  Their two main goals are:

There are now eight deregulated markets in the US and eleven total in North America.

The Pennsylvania, Jersey, Maryland (PJM) power pool was the first to become an ISO.  PJM had pooled their power as early as 1927, adopted the first Energy Management System in 1968, and then became the first ISO in 1997. 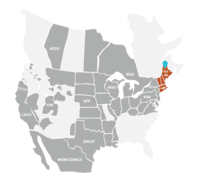 The New England Independent System Operator (NEISO) was founded in 1997, implementing wholesale markets and open access to transmission lines.  However, it wasn’t until 2003 that NEISO restructured and adopted a financial market.

The Electric Reliability Council of Texas (ERCOT) also became an ISO before adopting a financial market.  ERCOT ISO was founded in 1996 and opened its financial market in 2010. 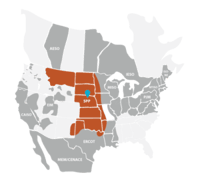 The Southwest Power Pool (SPP) were also early adopters of the power pool, founded in 1941 to keep a critical defense needs aluminum factory running at all times.  Although they were approved as an RTO in 2004, they did not launch their fully integrated market until 2014. 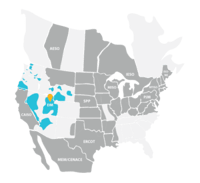 The Western Energy Imbalance Market (EIM) was founded in 2014. EIM is a real-time market operated by CAISO, which identifies the lowest-cost supply to meet real-time demand. Unlike other ISOs and RTOs, participation in the EIM is completely voluntary and participants continue to control their generation and transmission assets. (If you are unsure what a real-time market is, not to worry, we will be covering day-ahead and real-time markets in the next installment of Power Markets 101!)

It is worth noting that the terms Independent System Operator (ISO) and Regional Transmission Organization (RTO) are often used interchangeably.  As far as functionality goes, ISOs and RTOs are the same thing.  However, FERC order 2000 outlined specific functions required to be classified as an RTO, which advanced the promotion of efficient wholesale power markets. Many markets were already operating as ISOs and subsequently became RTOs after meeting FERC’s requirements, but kept their original names.

Other Areas of North America

There are only two areas of the U.S. that do not operate as deregulated markets, the Southeast and areas of the West.  However, it is likely that those areas will also transition to competitive markets in the future.

This is a summary of the introduction of ISOs in North America. Look out for our upcoming posts on how ISOs and competitive markets function, and more!

Resources we found helpful when putting together Power Markets 101 are available here.

Don’t want to miss the next installment of Power Markets 101?