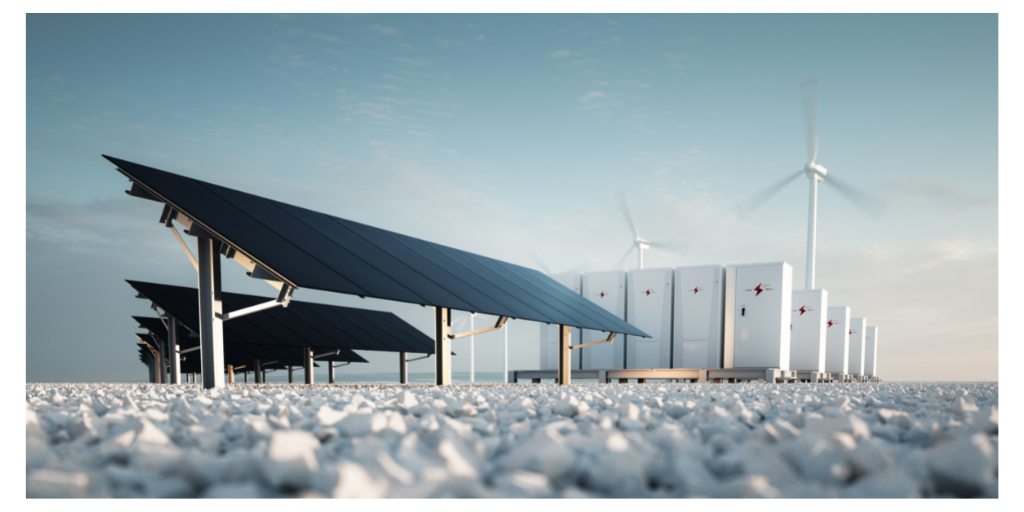 CAISO has quickly established itself as a hotbed for large-scale energy storage. CAISO added 2,419 megawatts (MW) of storage during 2021, a more than 10-fold increase in battery storage capacity from the summer of 2020 to the summer of 2021, and interconnection queues continue to fill up with storage and storage-hybrid resources.

As the penetration of storage increases and market rules evolve to accommodate their proliferation, insight into the dynamics of energy storage is increasingly vital to understanding the evolving grid.

FERC’s Electronic Quarterly Reporting (EQR) data offers insight into how these batteries are operating and monetizing.

How did California's Big Batteries Perform? 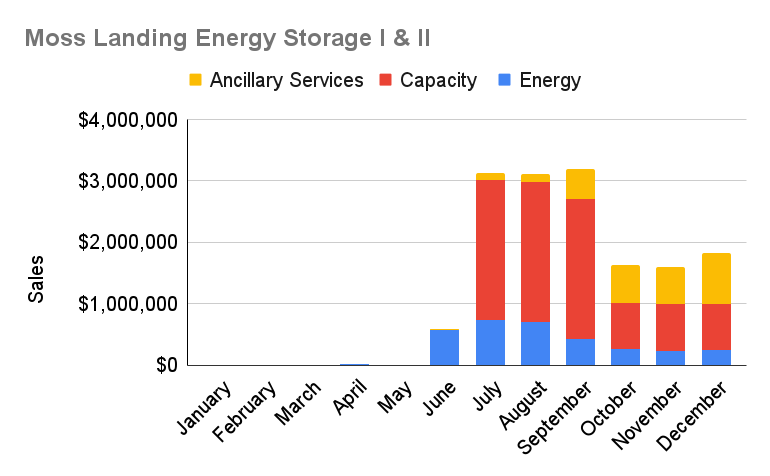 The above chart shows revenue each month at the Moss Landing Energy Storage Project (Phases 1 and 2) throughout 2021 broken down by product type, according to EQR data. Moss Landing benefited from large capacity contracts with Pacific Gas & Electric which were supplemented by Energy and Ancillary Service revenue. Moss Landing ended the year with $15,080,000 in revenue, according to EQR.

Moss Landing’s sales noticeably dipped in October 2021 due to a reported overheating incident that forced the 300 MW Phase 1 of the project offline and left just the 100 MW Phase 2 part of the project operational. That is, however, until Phase 2 was also forced offline in February 2022 following a similar incident. Vistra, the owner of the Moss Landing facility, says the incident was caused by a faulty air conditioning unit and not the batteries themselves. As both phases of the project remain offline, Vistra is planning to nearly double the project’s capacity by adding another 350 MW of lithium-ion storage as early as Summer 2023. 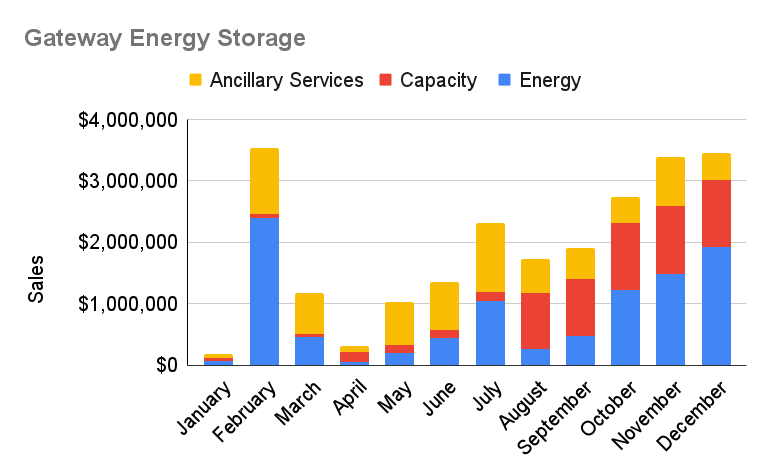 A similar analysis of the Gateway Energy Storage project shows a different revenue breakdown, according to EQR data. While Gateway also benefited from capacity contracts sold to a variety of load-serving entities, most notably Southern California Edison, the plurality of their revenue came from energy and ancillary services sold into CAISO. Gateway ended the year with $22,600,000 in revenue.

Gateway’s strategy of bidding into the real-time market paid off in February as Winter Storm Uri tightened gas markets and sent locational marginal prices soaring throughout California and the country at large. Energy sales during the below time period accounted for much of Gateway’s energy revenue seen in February. The data that makes up these charts is available from Yes Energy in our Transaction View product.

A New Strategy for Battery Storage

The storage projects at Moss Landing and Gateway offer insight into the future of how larger batteries might participate in wholesale power markets, but also, how unpredictable this merchant activity can be. The forced outage of Moss Landing in September and extraordinarily high energy prices in February significantly impacted the performance of each of these projects in unpredictable ways; but with that said, batteries in California have begun to provide a blueprint of profitability for future super large energy storage projects.

Interested in learning more about how Yes Energy's Solutions can support your energy storage analysis? Sign up for a complimentary consultation or demo!

To receive Yes Energy insights straight to your inbox, be sure to subscribe to our blog!