"As energy costs soar around the world, a curious thing is happening with increasing frequency in power grids in certain corners of the US: Prices are plunging below zero.

So much wind and solar have been added that power is getting stuck where it’s generated because there aren’t enough high-voltage lines to move it to where demand is highest. That’s forcing power plant owners to pay users to take the excess electricity.

Wholesale prices went negative about 200 million times across the seven US grids in 2021, more than twice as often as five years earlier, according to Yes Energy, a data and analytics provider. (All seven US grids price electricity at five-minute intervals across 41,000 nodes that are the equivalent of on-ramps and exits on a highway). That record will be broken this year as bottlenecks worsen on three renewable-rich grids in Texas, California, and the Southwest, the data show." 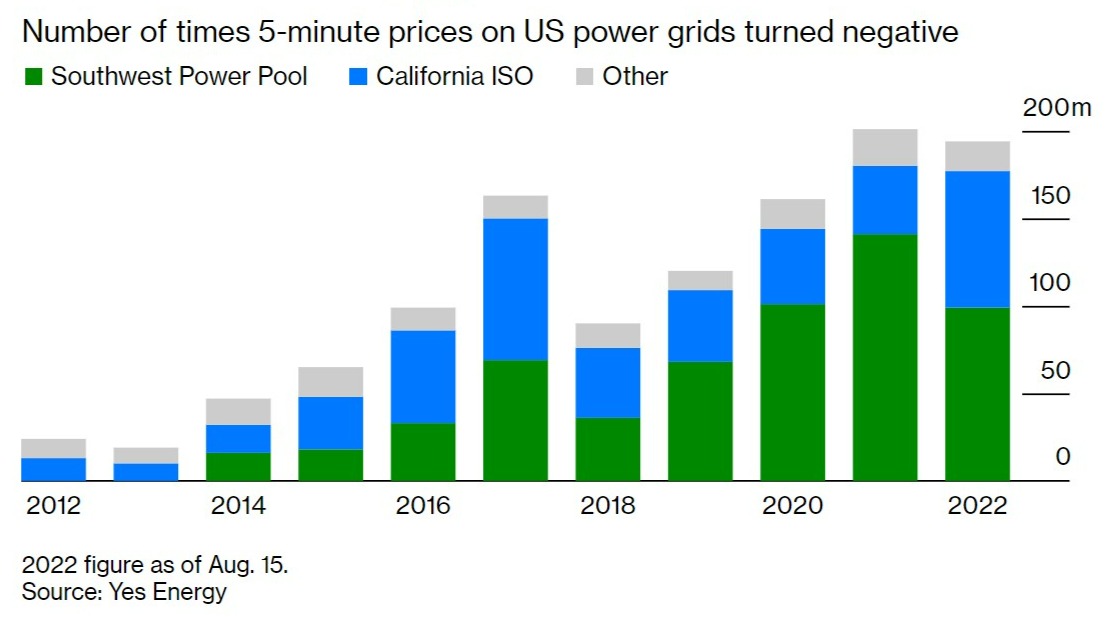